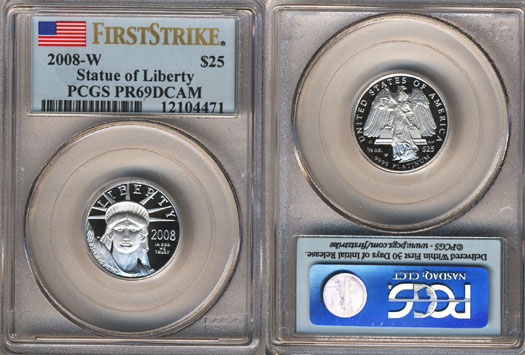 One popular way of collecting the American Platinum Eagle coin series is to acquire bullion or collector coins which are graded and encapsulated by a third party coin grading service. The two leading services are Professional Coin Grading Service (PCGS) and Numismatic Guaranty Corporation (NGC).

There is sometimes intense competition for acquiring the highest graded coins for Registry Sets. Collectors can seek to build a set of highly graded coins for a particular year. More ambitious collectors may seek to assemble a complete set for a particular denomination across all years of the series. The most expansive collection would include bullion and collector versions across all denomination and all years of the series.